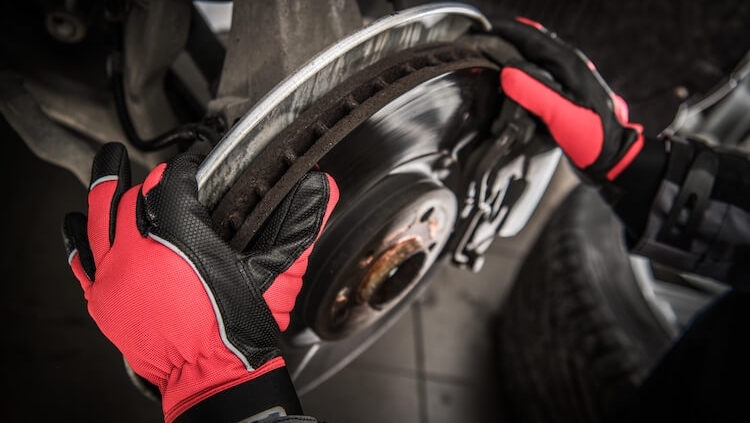 In order to understand the need to improve the capacity to “brake or decelerate”, actions that are very present in sports activities, we must first understand the concept of braking. We understand by braking, the action of applying force against the ground in the opposite direction of our movement with the aim of losing speed.
The intensity and muscular demand of this action will depend on the previous speed reached before starting to brake and the space we have to perform the action, so the higher this speed and the less space we have to decelerate, the more intense the action will be, since the athlete will have to apply more force per unit of time to stop.
As an example, what we try to achieve with our sportsmen is the same thing that race cars look for, to accelerate as much as possible, to be able to keep it as long as possible, and to be able to lose that speed in the shortest time possible. Achieving this with our athletes will allow us to gain time from their rivals to decide and execute.

How can we improve the motor pattern of deceleration ?

The main object of improving braking capacity is to lose as much speed as possible in the shortest time, so it isessential that the execution of speeds and the system we use generate high speeds in the load. If this does not happen, we run the risk of thinking that by moving a heavy load at a very slow speed we are improving our ability to brake, when in the actions of games what happens is just the opposite, low loads are moved at high speeds, which is why it is so important to achieve high load speeds in order to brake.

Inertial devices are clearly superior to other traditional training systems with loads to develop braking ability. When we move loads by means of a bar, dumbbells, etc. as for example in the squatting exercises, we can divide the movement into three phases: 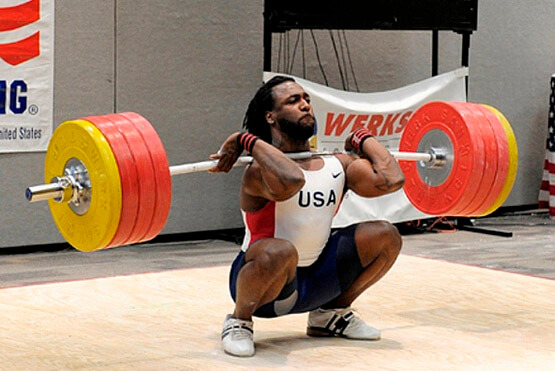 The athlete moves with the load.

The complete cycle of the movement (initial position- lowering- lifting) starts and ends at zero speed of both the athlete and the load. The speed of the load and the direction of movement are identical for any linear load (traditional weights, rubber bands, pneumatic machines), the end of the concentric phase is at speed 0 since the direction of the movement is changed (provided that it is not launched). 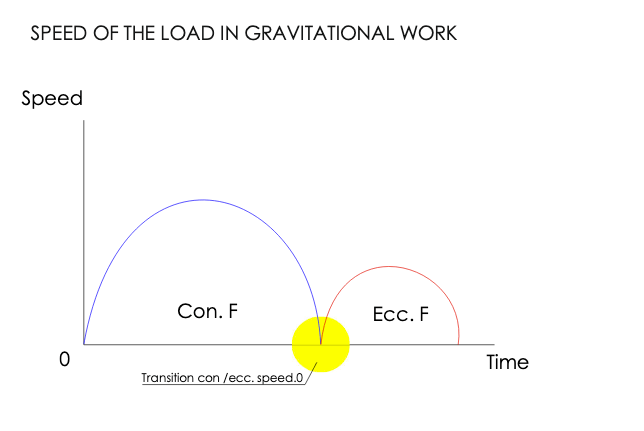 But what happens with inertial machines ? In these equipments, the load is not moved linearly, but rotates on itself by means of the flywheel. What changes is the direction of movement of the athlete, while the load (flywheel) never stops turning.
This implies that unlike force training with traditional equipment where the concentric/eccentric transition is 0, in inertial machines this transition, the speed of the load is not 0, because the steering wheel continues to turn and for that reason we have to brake it in the movement in the descent phase (eccentric activation).

On inertial machines the load is only at speed 0 at the beginning of the concentric phase and the end of the eccentric phase, when we manage to stop the machine to be able to do another repetition

The athlete does not shift the load on the inertial machines.

Therefore, these devices will allow us to train and measure sequences of acceleration (concentric) and braking (eccentric) phases, where the two phases will be dependent on each other since the acceleration that the athlete is capable of generating in the concentric phase will be the one that he will have to manage in the eccentric phase.

RSP uses Cookies to personalize the content and to make our site easier to use. We also share information with third parties in order to analyze visits. You can expand with More information.

We may request cookies to be set on your device. We use cookies to let us know when you visit our websites, how you interact with us, to enrich your user experience, and to customize your relationship with our website.

Click on the different category headings to find out more. You can also change some of your preferences. Note that blocking some types of cookies may impact your experience on our websites and the services we are able to offer.

These cookies are strictly necessary to provide you with services available through our website and to use some of its features.

Because these cookies are strictly necessary to deliver the website, refuseing them will have impact how our site functions. You always can block or delete cookies by changing your browser settings and force blocking all cookies on this website. But this will always prompt you to accept/refuse cookies when revisiting our site.

We fully respect if you want to refuse cookies but to avoid asking you again and again kindly allow us to store a cookie for that. You are free to opt out any time or opt in for other cookies to get a better experience. If you refuse cookies we will remove all set cookies in our domain.

We provide you with a list of stored cookies on your computer in our domain so you can check what we stored. Due to security reasons we are not able to show or modify cookies from other domains. You can check these in your browser security settings.

These cookies collect information that is used either in aggregate form to help us understand how our website is being used or how effective our marketing campaigns are, or to help us customize our website and application for you in order to enhance your experience.

If you do not want that we track your visit to our site you can disable tracking in your browser here:

We also use different external services like Google Webfonts, Google Maps, and external Video providers. Since these providers may collect personal data like your IP address we allow you to block them here. Please be aware that this might heavily reduce the functionality and appearance of our site. Changes will take effect once you reload the page.

The following cookies are also needed - You can choose if you want to allow them: